In 1987 some friends and I traveled out to visit the Rev. Howard Finster in Summerville, GA. You may have seen his artwork on albums by REM and Talking Heads? But that wasn’t his main gig … his main gig was being a folk visionary for Jesus (and sometimes Elvis) who had an entire cosmology all his own. He was in some ways the William Blake of North Georgia. He had an entire garden of sculpture and art that he called Paradise Garden, some of which the boys in REM helped him out with when they were younger lads.

We sat with Howard and listened to him opine, surrounded in his cramped living room where almost every surface had been turned into art — ceiling tiles, doorframes, everything. He served us CocaCola (a beverage he believed to be in some way ordained by God, with mystical significance) and played his banjo for us some.

I had taken along a weird little guitar I’d found and rebuilt (and painted turqoise…seemed cool at the time) and for some reason had a hankering for him to scribble something on it. An angel or anything. I sheepishly asked him for that, but he took it into his kitchen for half an hour and then came out with it looking like you see here. 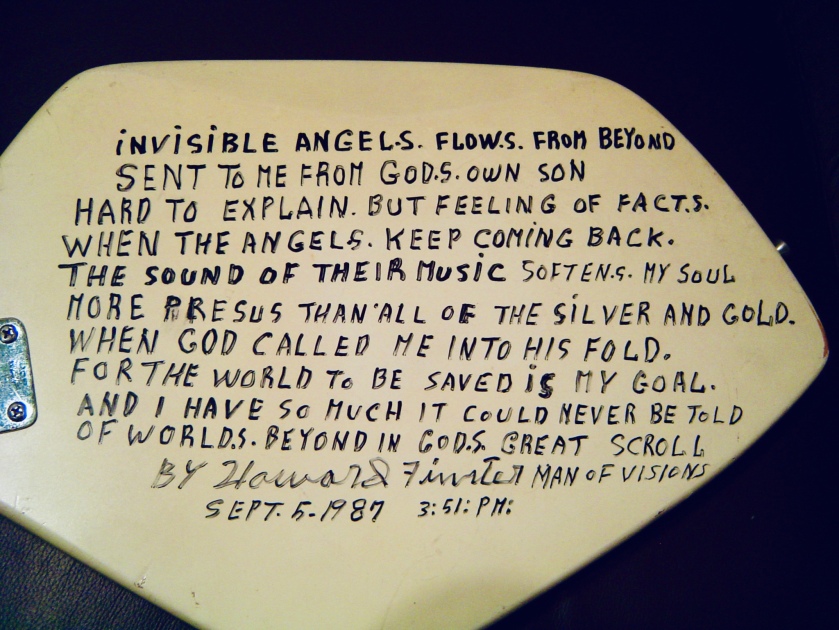 Howard told me way back then to please share the message he’d inscribed there. I never really thought about that until now, when it hit me that with the Internet, I can indeed share it with anyone who cares to see. So here it is.

(Also here’s the whole guitar from the front…) 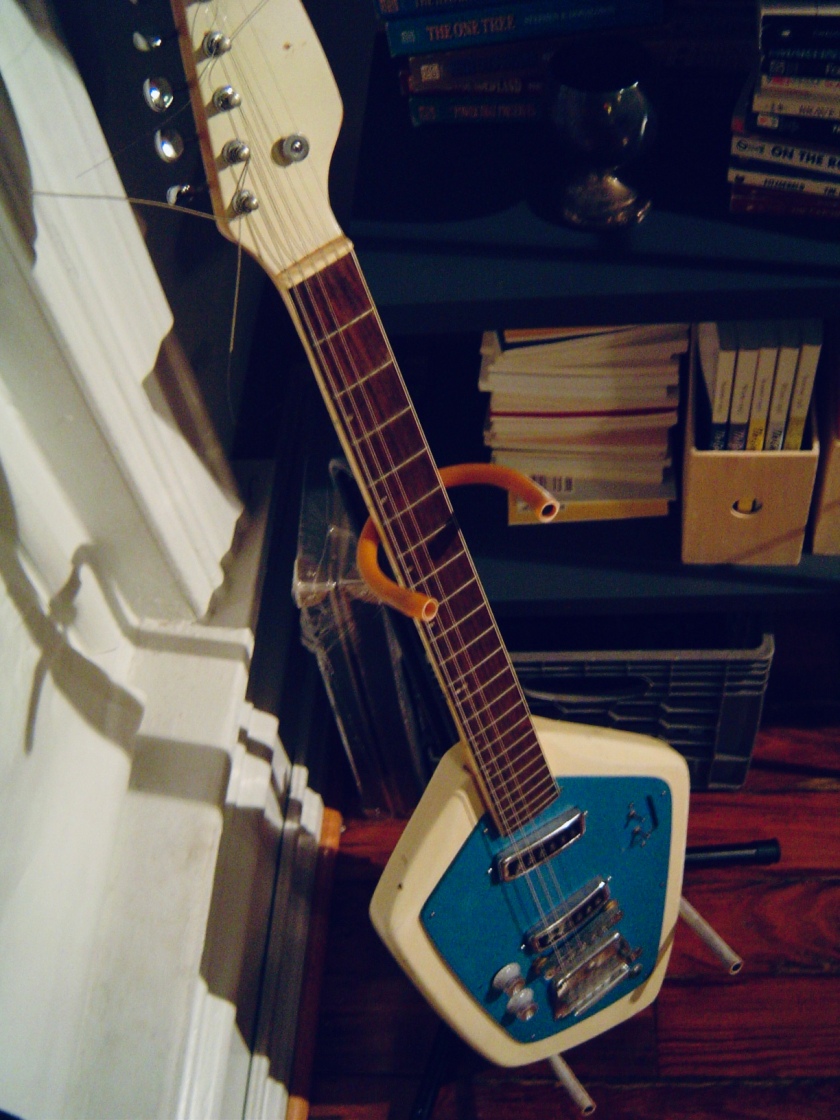 I use information to architect better places for humans. More at andrewhinton.com. View all posts by Andrew Hinton

One thought on “The Howard Finster Guitar”

Understanding Context is my book about making sense of how things make sense. Learn more by visiting contextbook.com. Or purchase from…